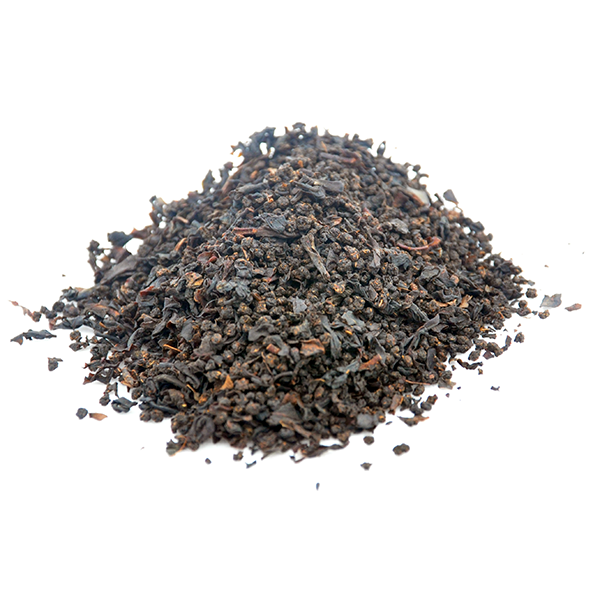 Inspired by boardwalk confectioneries, our Butterscotch-Caramel is one of those treats that we fight tooth and nail over. Sweet and smooth, this black tea blend serves up as a dessert all its own, and makes our mouths water just from the candy-rich aroma. Even better, it’s a favorite tea to serve iced when we have a sweet tooth around without needing to add sugar. 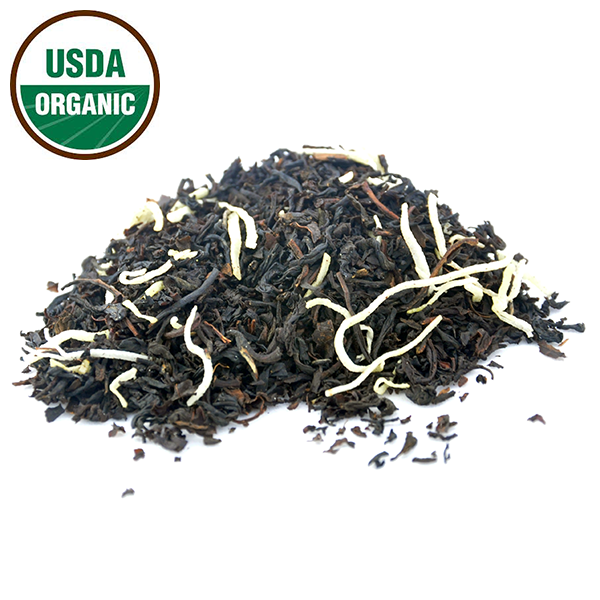 Blended with Nilgiri tea, this is a subtle and satisfying flavored blend. We’ve taken high-quality tea balanced for its light astringency and warm flavors, and combined it with the perfect mix of coconut to provide a cuppa that drinks smooth and nutty – the coconut pairs with the tea to accent its flavor, rather than overwhelm it. This makes a fantastic iced tea as well as hot, and is 100% organically produced. 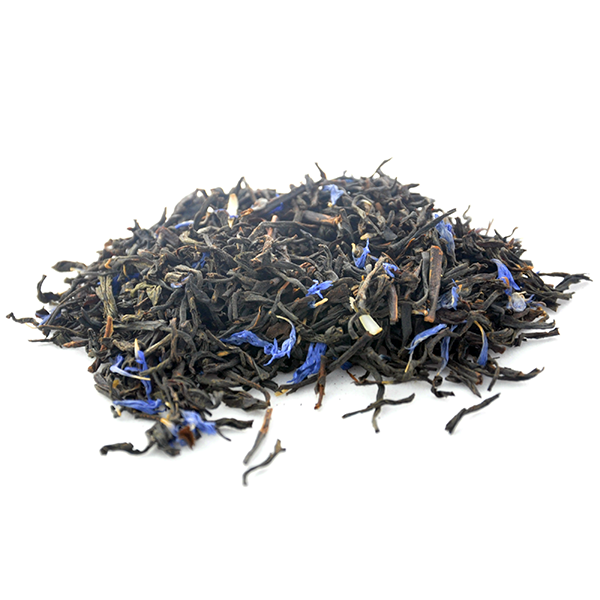 We admit it: we love Earl Grey teas. Be it a tall cuppa with a book on a crisp autumn day, or sipping it on the bridge of a starship, this recognizable blend has captured more than its fair share of tea lovers as the most popular tea of the Western world. Traditionally a strong black tea flavored with oils from the bergamot orange (common to Italy and southern France), our Earl Grey Crème includes one of our favorite variations: a measure of creamy vanilla, to elevate and round the brisk citrus undertones into a drink fit to crave. 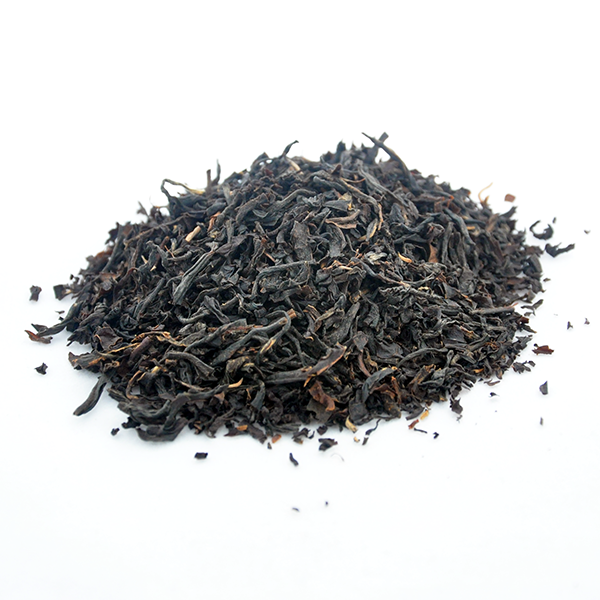 Our house breakfast tea, blended in and inspired by the English-style: a careful balance of Assam, Ceylon, and Keemun teas. Robust and rich, Hearthstone Breakfast steeps to an invigorating cuppa for fast morning jump-starts, with a warm flavor accented with notes of malt and smokiness. 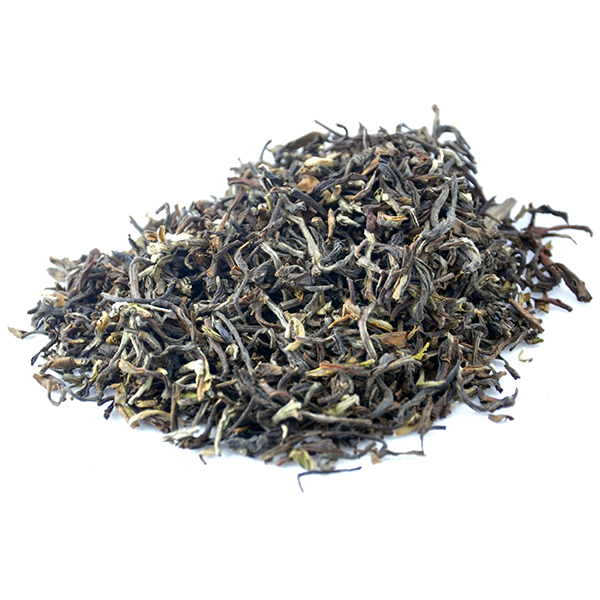 Grown on the mountain ridges of Nepal, our Himalayan Golden is one of those teas we have difficulty sharing. Much like its name, the brewed liquor is a bright, rich gold that gives off a floral scent. Drinking it is an even bigger treat, as this high altitude cup is exquisite with its earthy characteristics that don’t overwhelm, and precise balance of astringency. 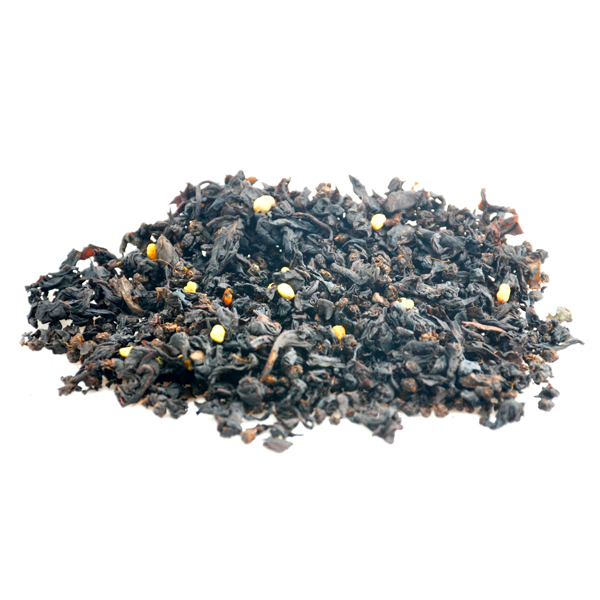 Our Honeybuzz tea is quite the treat for those who like something a little sweet. Without being overwhelming, this blend delivers on classic dessert flavors along with a the labors of the bee. This results in a honey-clouded cuppa based on high quality black tea that delivers on smooth, luscious flavor, while also soothing the throat. 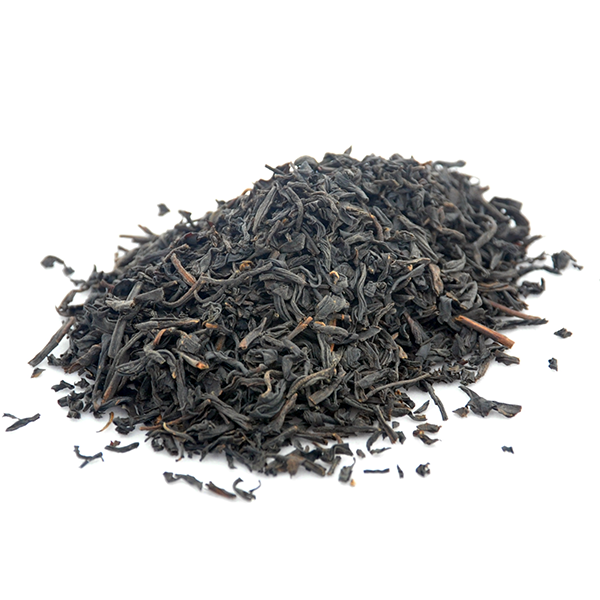 Keemun has a history as rich as its taste – a Chinese government official found himself out of work and out of luck just before the turn of the 20th century, and taking his father’s advice that “a skill is a better guarantee than a title” for making a living, entered the tea trade in Anhui Province. What he produced remains the tea to which all other black teas are held.

Our superior grade Keemun has a distinctive fruity fragrance without being overpowering. When brewed, it shows off the tea’s famously striking amber liquor, while the flavor is dark, rich, and toasty, with a hint of smokiness. 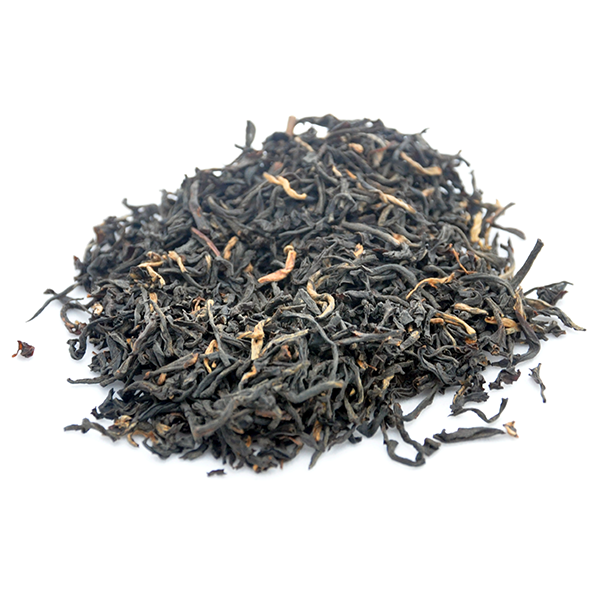 This estate tea originates from the Assam region of India, known for teas that brew to a rich-red color with strong flavor. Ours is no different: this lively cuppa has surprisingly low astringency and is pleasant to drink, with its balanced flavor tinged with a subtle sweetness. 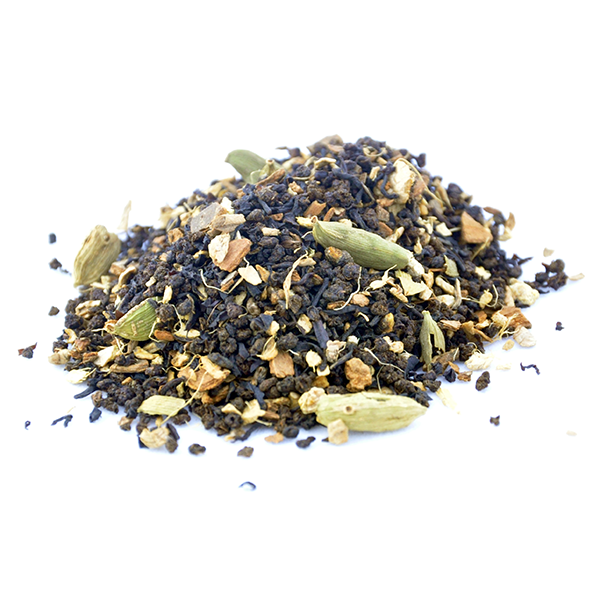 Literally translated as “tea,” chai means many things to different people. In the West, this is commonly expected to be a masala blend, or “mixed-spice,” and classic Indian methods for brewing this drink can vary from household to household and involve more steps than a typical brew of tea. Our core spiced tea is inspired by a very traditional recipe and blended to taste for Western brewing methods, using ginger, cinnamon, cardamom, and a hint of vanilla for creaminess. This gives us a warm and invigorating cuppa that promises to rejuvenate your bones in the winter, and provide a satisfying zing in the warmer months. 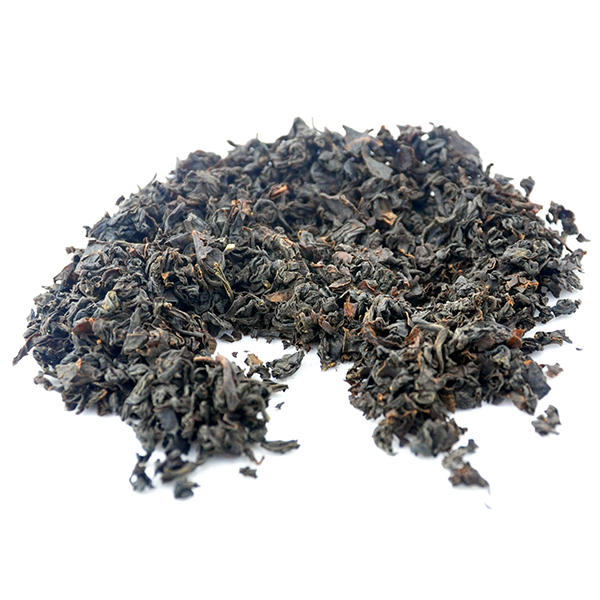 Nilgiri teas are forgiving things. In conversation, teas from this region are often over-shadowed by their neighbors, Darjeeling and Assam, but they don’t mind any more than they mind harsher steeping methods. Meaning “Blue Mountain,” Nilgiri teas are grown along the southern mountain ranges of India, and brew fantastically brisk and bright cuppas that take active effort to get a bad steep out of. Our Nilgiri is a blend of several of the best showings of the season, offering a fragrant tea full of refreshing flavor, and makes one of the best iced teas around to boot. 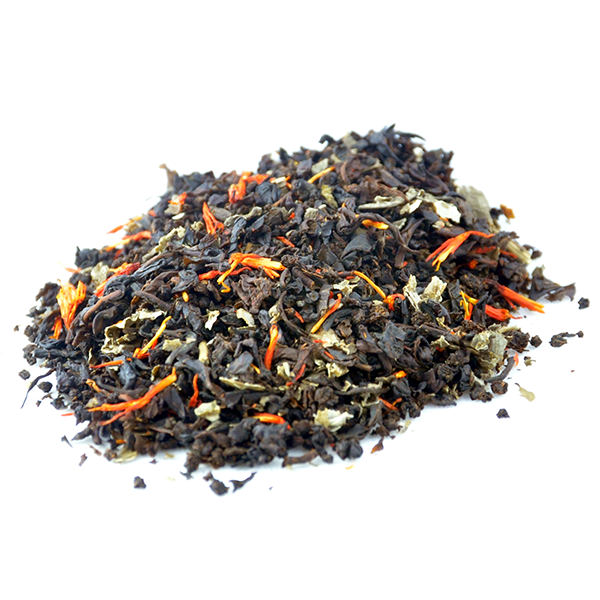 Given inspiration from pick-your-own fields at the height of the warmest months, this blend reminds us of summer in a cup. Black tea is paired with bright flavors that make the world smell like dessert with little effort. To taste, the essence of fresh berries is rounded out with smooth vanilla, giving us a sweet but tempered treat. 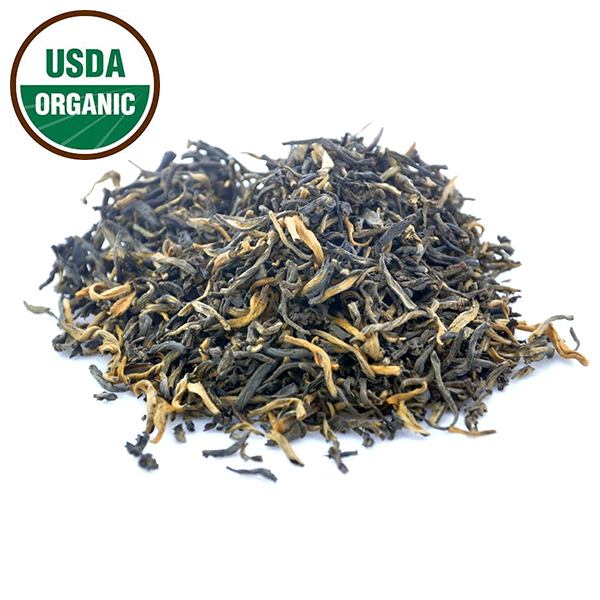 Named after their origins in the Yunnan province of China, these teas are coveted as gourmet offerings by connoisseurs, while eliciting surprise from newcomers to loose leaf tea due to their appearance. Made with a prevalence of golden leafy buds (or golden “tips”), Royal Yunnan Gold is a tea that boasts a surprising lack of astringency for black tea, and resilience to strong steeping methods. The unique, brassy liquor brews into an easy to drink cuppa with notes of molasses-like sweetness and a lingering finish. 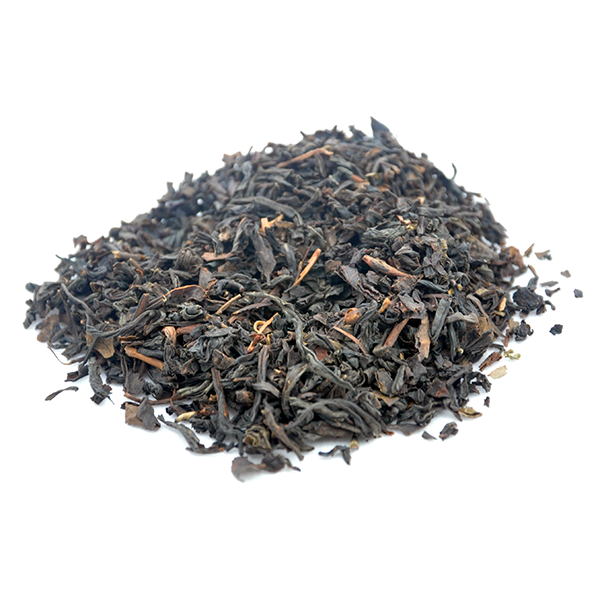 Strong, aromatic, and unique, Russian Caravan blends are renowned for the heady smoked flavors imparted to them. Origins of the blend are rooted in 18th century trade caravans, where long journeys would impart a smokiness upon the tea being transported from the traders’ campfires. Today, this historical blend is made with a smoke-dried tea called lapsang souchong to lend it its characteristic flavor. Strong, bold, and smoky, our Russian Caravan is made with high quality lapsang, Keemun, and oolong teas to balance the good-morning-world smokiness with malt and caramel notes. 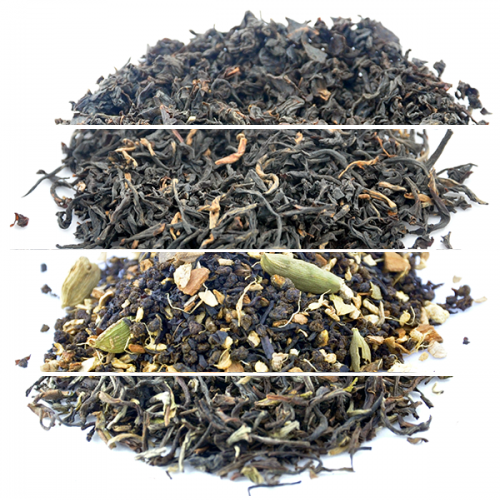 The overwhelming majority of the world’s tea is produced in India and China, and when it comes to black teas, India has the art down to a science. Artisan blends and single-estate offerings from the subcontinent are sought after across the world, and the major tea-growing regions of India are often household names even in tea-lite homes: Assam. Darjeeling. Nilgiri.

This collection truly illustrates the differences that process, location, and art can create from a single plant. Our featured Assam and Nilgiri teas are drastically different brews in the cup, contrasting a strong balanced cuppa with a bright, forgiving drink. As a high mountain grown tea, the floral and earthy Himalayan Golden shares many similarities with Darjeeling teas, in contrast to the explosive flavor and spice of Masala style “chai” (tea). This bundle includes four small-sized canisters of: 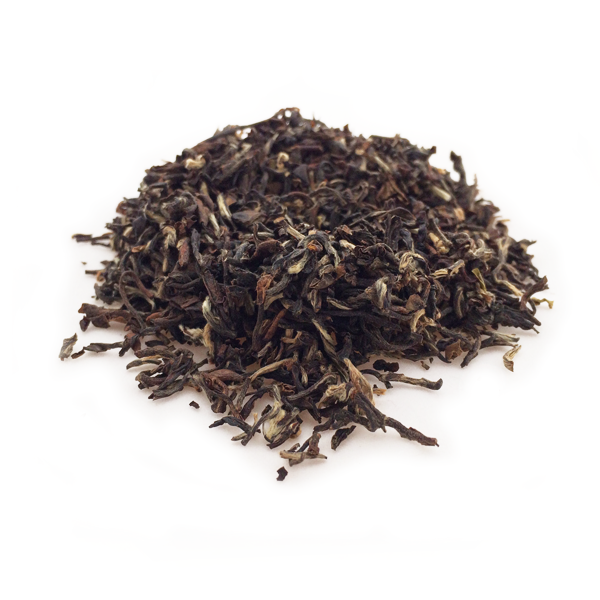 The Temi Estate is the only tea garden in India’s Sikkim region, and produces a range of renowned teas that bear similar characteristics to Darjeeling vintages. We’ve sourced and carry a top-grade offering – an example of Indian black tea at its very best!

This tea is a rich and malty sipper, with a lingering quality that begs for just one more cup. Brisk with an air of subtlety, it lacks the deeper astringency of a Darjeeling but retains alluring top notes of wood and honey, while boasting a smooth, warming quality reminiscent of a fine wine or scotch. Moreover, it boasts flavor enough to stand up to strong spicing, making it a fantastic tea for meal pairing. 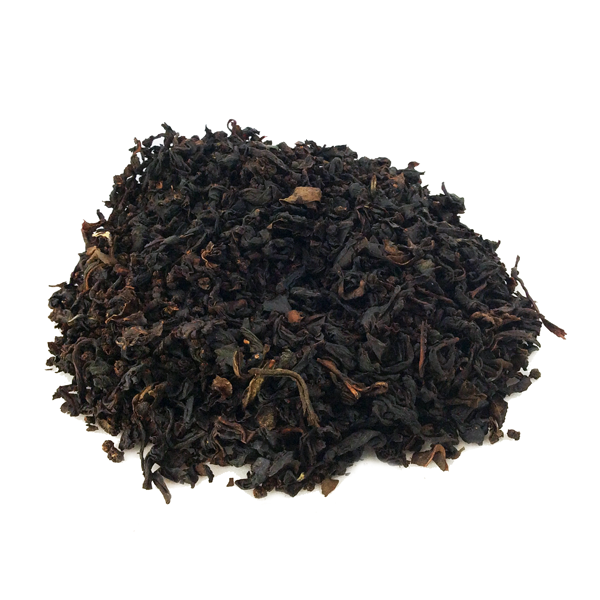 We’re super picky when it comes to vanilla – it’s surprisingly easy to get a simple flavor wrong! This blend, however, more than meets our muster. Inspired by sugar sorcerers everywhere, our Vanilla Black is meant to indulge (or perhaps kick-start) your sweet-tooth. Made with Nilgiri tea and vanilla beans, the aroma of this tea speaks immediately of freshly baked cookies and brown sugar. The brew itself highlights our tea, with gentle accents of vanilla and a lovely nose. Taken with a bit of milk and sugar, this tea fulfills cravings we didn’t know we had, and also makes for a delightfully refreshing iced tea!

Free shipping on orders over $50! 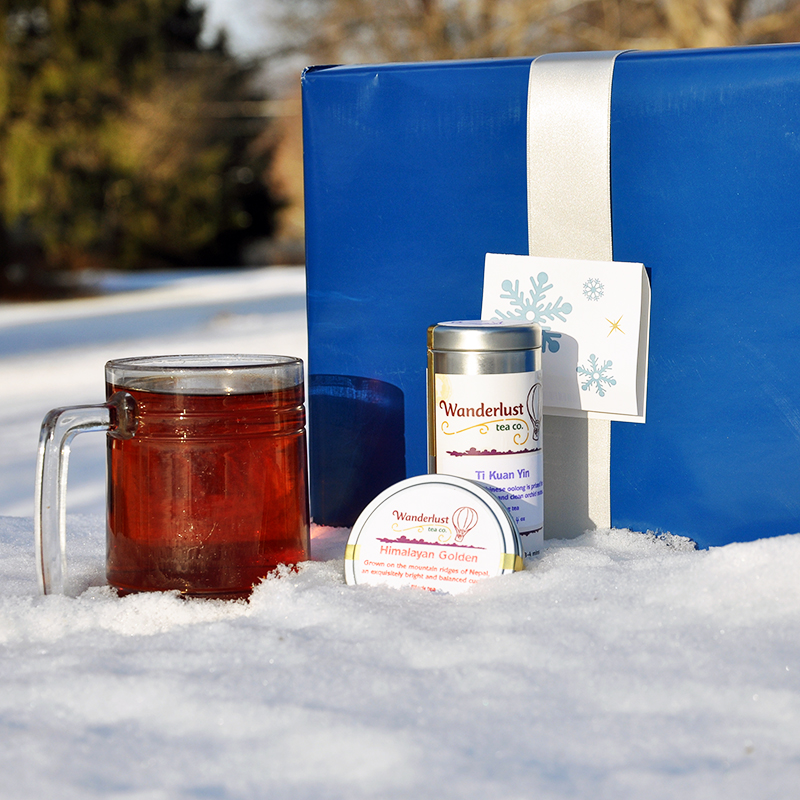 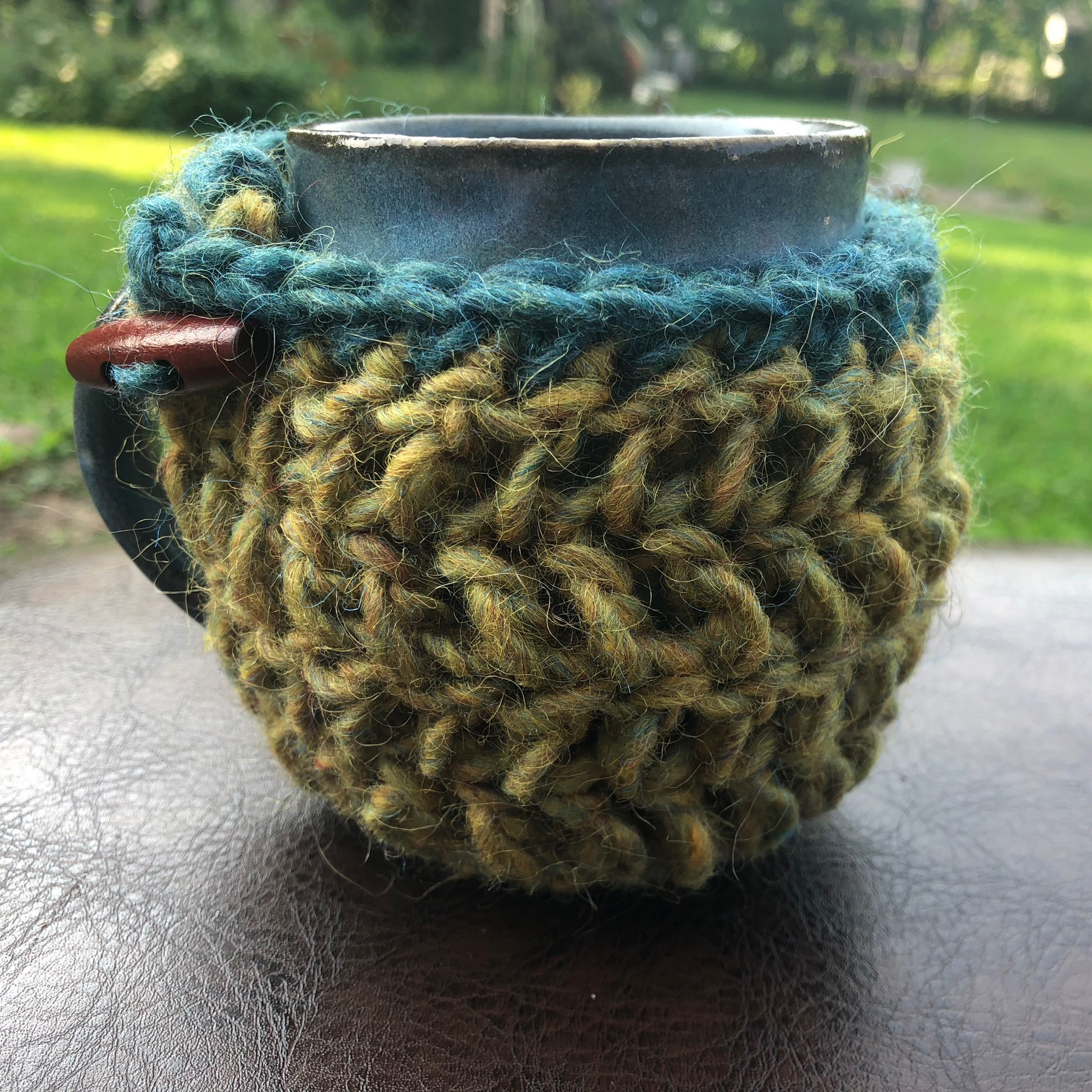 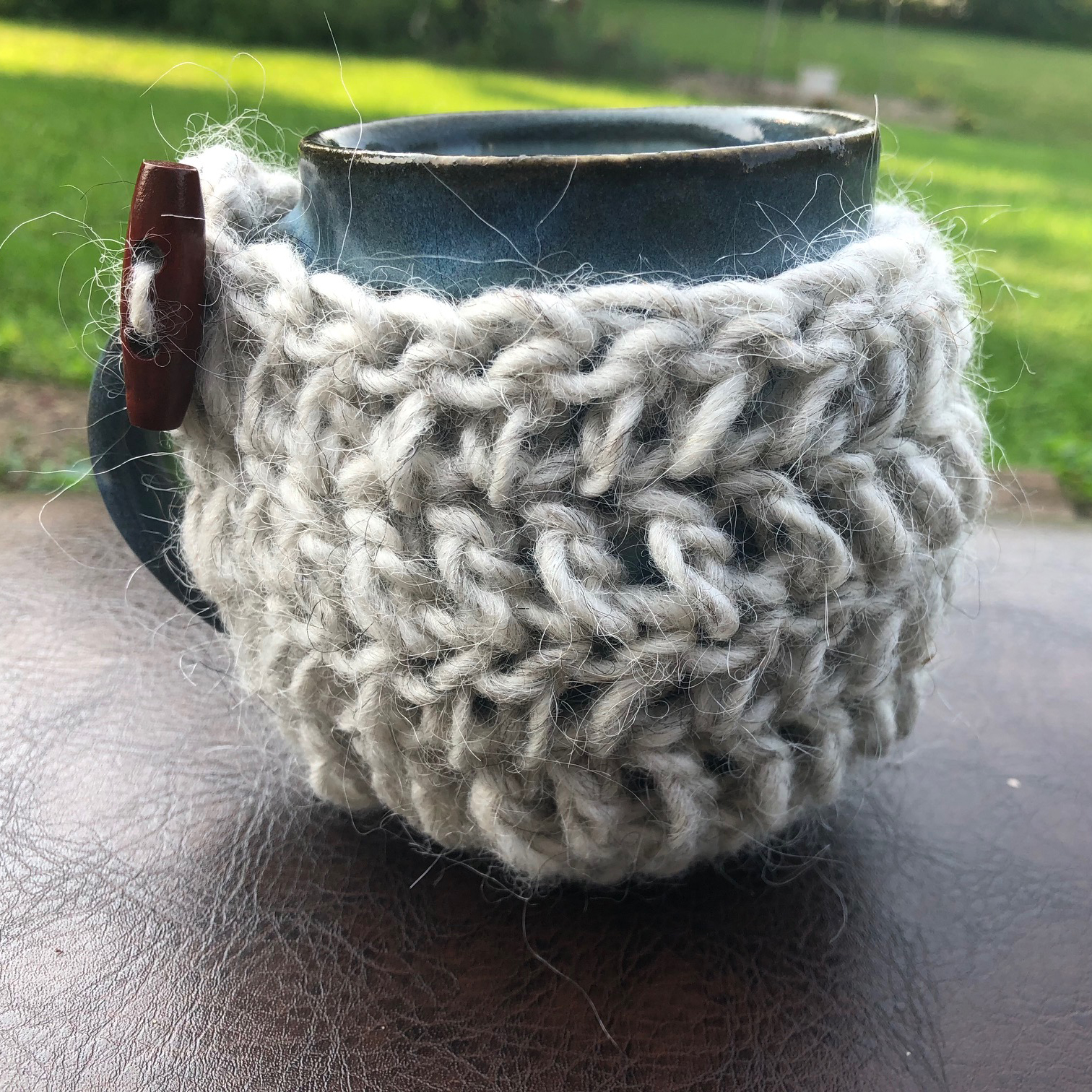 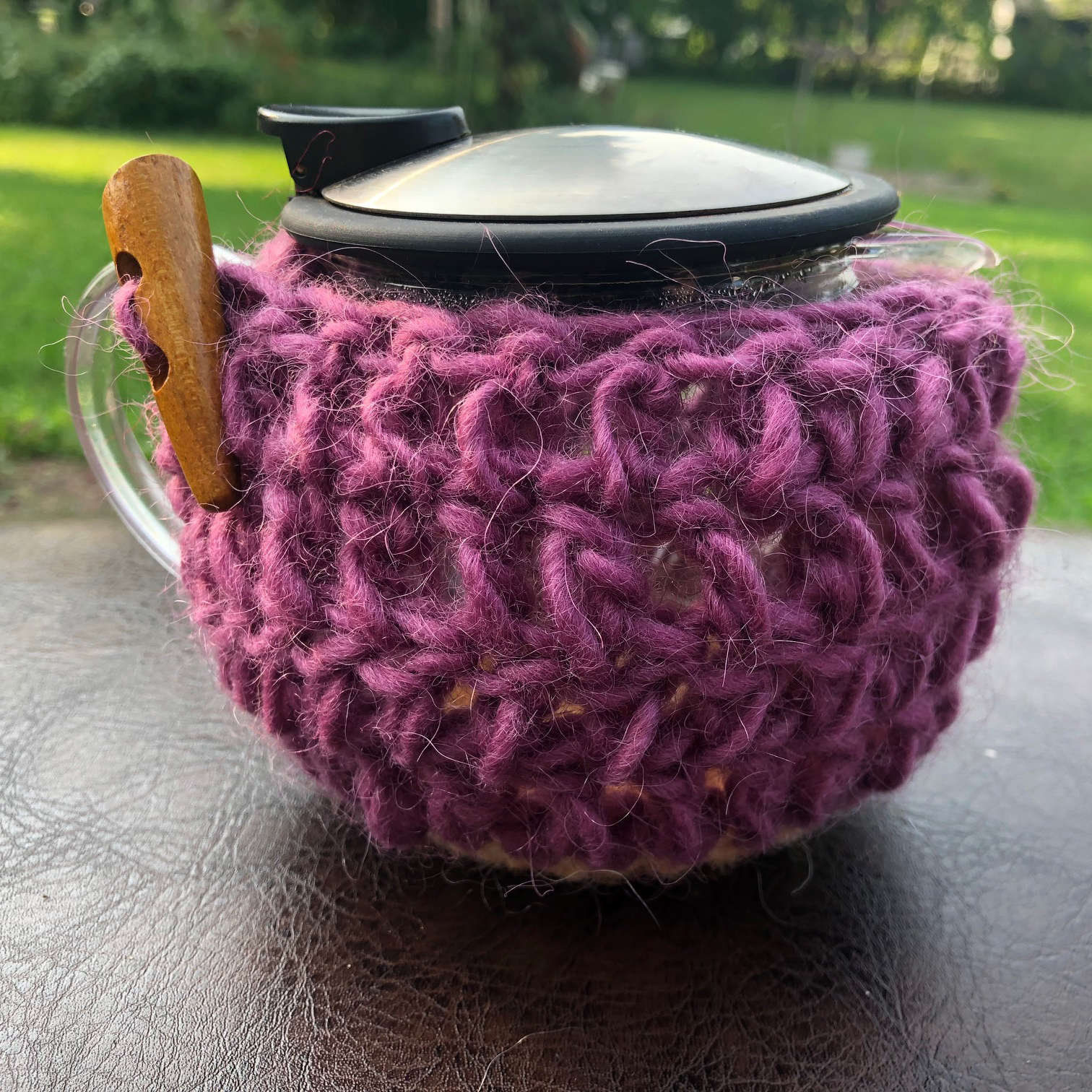 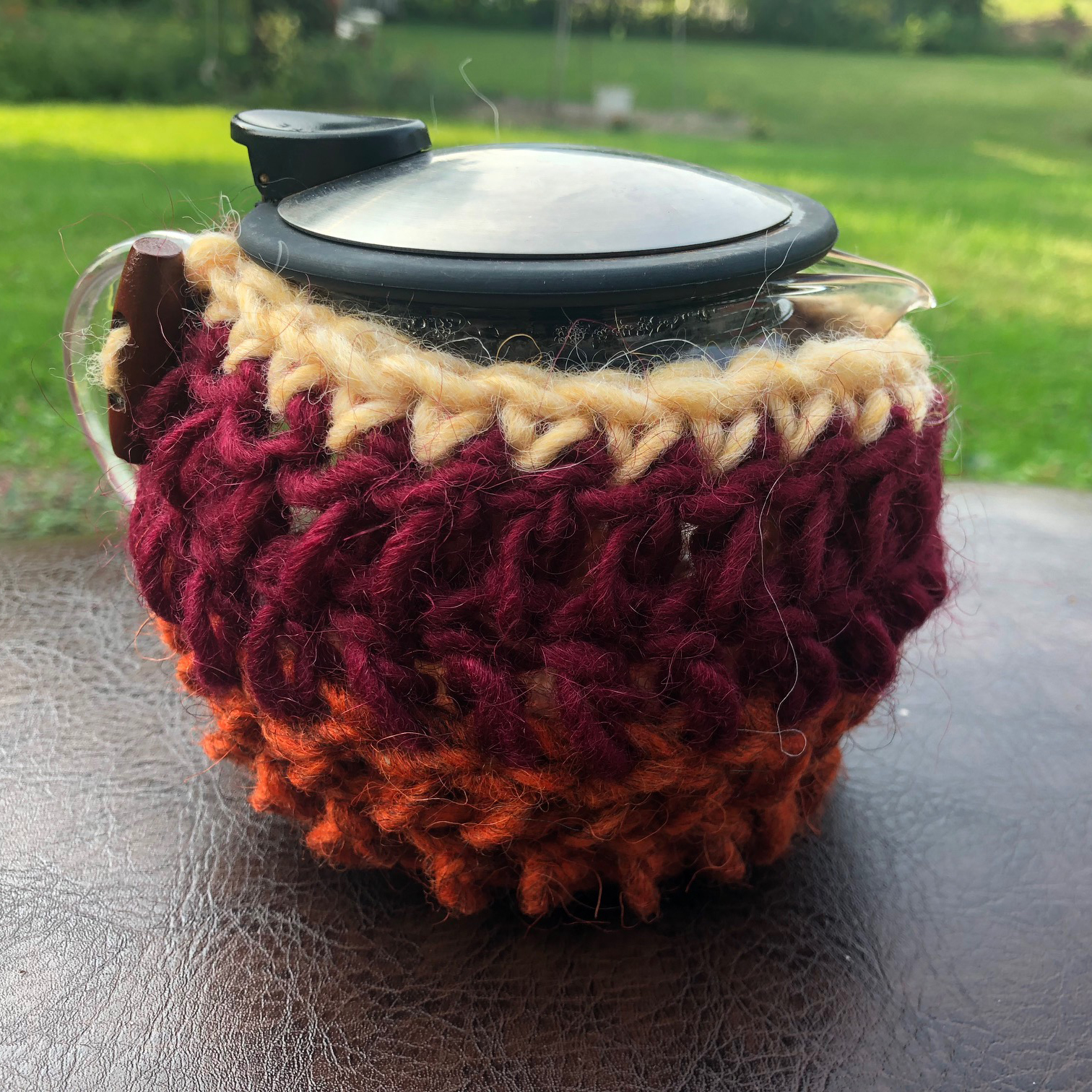